Range Rover 2013 is still a sensation and the 2013 variant carries forward the legacy. Till today it upholds the combo of hardcore off-road capabilities with luxury features. In fact it has given the SUVs a cult status forever. Even after four decades, the Land Rover has no qualms about being the same. The new car is only much greener, even more luxurious, better to drive on road and all but unstoppable off it.

The new Range Rover is unlike anything you have seen before. The new Range Rover L405 is the first SUV in the world to wear an aluminum chassis. This means it’s lighter than any other SUV in its class. In fact you easily get some models that are massive 200kg lighter. Needless to say the huge advantage as far as performance and efficiency are concerned. Other tech highlights include four tall air springs, a new eight-speed gearbox and an even better four-wheel-drive system.

The new twin-turbo 4.4-litre diesel SDV8 replaces the 3.6 V8 engine. The 334bhp engine runs with an eight-speed ZF automatic gearbox. This means driving is really child’s play and the car just glides as if propelled by a giant elastic band. Gear changes are rarely felt, and you hardly hear any complaints from the engine. Hit the peddle; and the 0-100 mark is achieved in 6.9sec, and the eight-speed gearbox makes sure you don’t repent having an auto gear box.

The petrol V8 meanwhile gets a supercharger for that extra zip off the road. The engine still gets the same eight-cylinder with the same 503bhp. However the performance is much stronger as it is lighter and has an eight-speed gearbox too. Planting the accelerator pedal unleashes a kick of thrust that is unrelenting and scarcely believable and acceleration still feels strong after the car has crested 200kph. Sometimes the best things in life do come at a price and the Range Rover is right up there with no regrets and is expected to cost around Rs 1.7 crore. You can also check out the likes of Audi Q7, Audi Q5 and the Volkswagen Touareg.

Planting the accelerator pedal unleashes a kick of thrust that is unrelenting and scarcely believable and acceleration still feels strong after the car has crested 200kph. 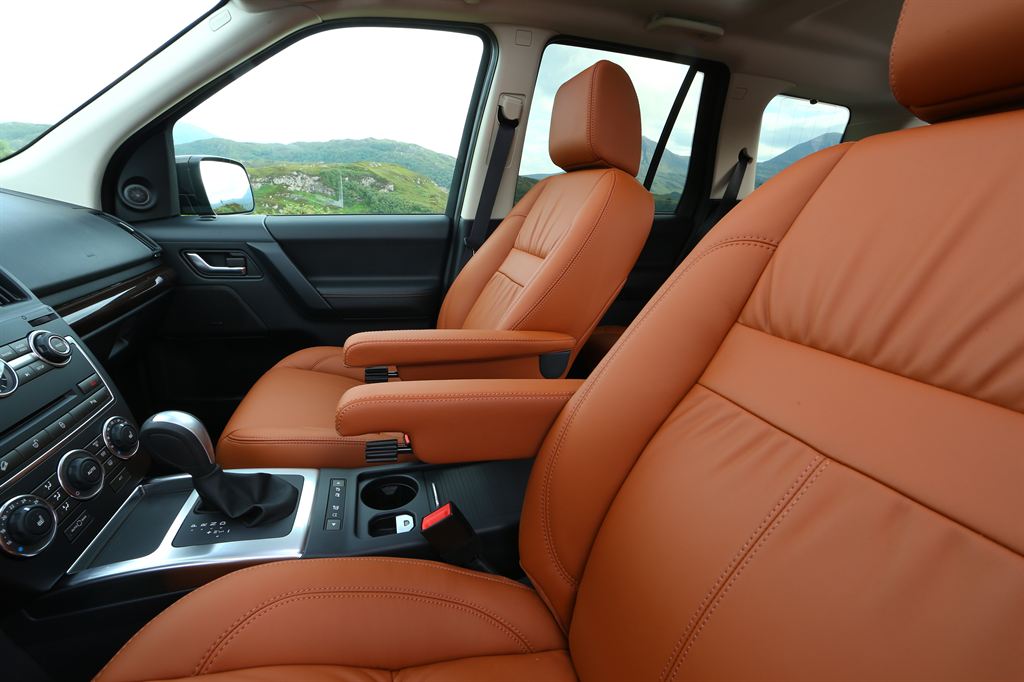 There’s a new-found sense of athleticism to the way in which it drives as well now. On the roads it feels tall but more stable than the previous model, with an even smoother ride and an even more relaxed and accurate steering. Stability in long high-speed corners is sensational and the uprated Brembo brakes give you enough confidence to carry speed into corners. On tighter corners you do feel the weight more and the active anti-roll bars need to work harder. What’s not surprising is just how light and easy to drive it feels even in city traffic; the earlier car was something special as well.

Also not surprising is just how good it is offroad. You can raise the car right up on its air springs to ‘walk’ over the largest obstacles, active differentials keep sending torque where traction is best, and the low range only adds to the big SUV’s offroad prowess.

It’s also much more of a luxury car now. The levels of quality on the inside are right up there with luxury cars like the S-class. The grain of wood and leather is second to none, there’s a mind-blowing Meridian sound system and, like any luxury car, it’s stuffed to the brim with luxury features.

Expected to hit showrooms this year, the new Range Rover elevates the SUV to an all-new plane; its combination of luxury, performance and offroad ability quite unique.