Audi Q5 now sports a diesel engine and comes in the name of Audi SQ5. The diesel smokes out 313bhp and 66.2kgm of torque which removes any doubts about its performance right at the start. However the SQ5 is also smart with the on-demand torque and gives you the economy and low running costs at the traffic snarls.
The Audi SQ5 comes from Audi’s ‘S’ line of cars which is in fact from their performance line of cars. The SQ5 is a way out of the league as it is the S-badged SUV and also its first S-brand diesel.

In terms of the performance, the Audi hits the 100kph in 5.1 seconds without any qualms. Floor the throttle and the car takes you to the top speed of 250kph with ease. All this speed is helped by the eight-speed torque-converter auto with the especially long-legged eighth gear that allows fast cruising with minimum fuss.

You also have some elements of fun with the Audi SQ5, especially the sound the exhaust makes. Hit the ‘Dynamic’ mode on the Drive Select system, a sound actuator in the exhaust system makes this V6 sound like a V8. In fact you might even be tempted to regularly pull away from low speeds in a high gear, just to hear the cultured burble it makes. 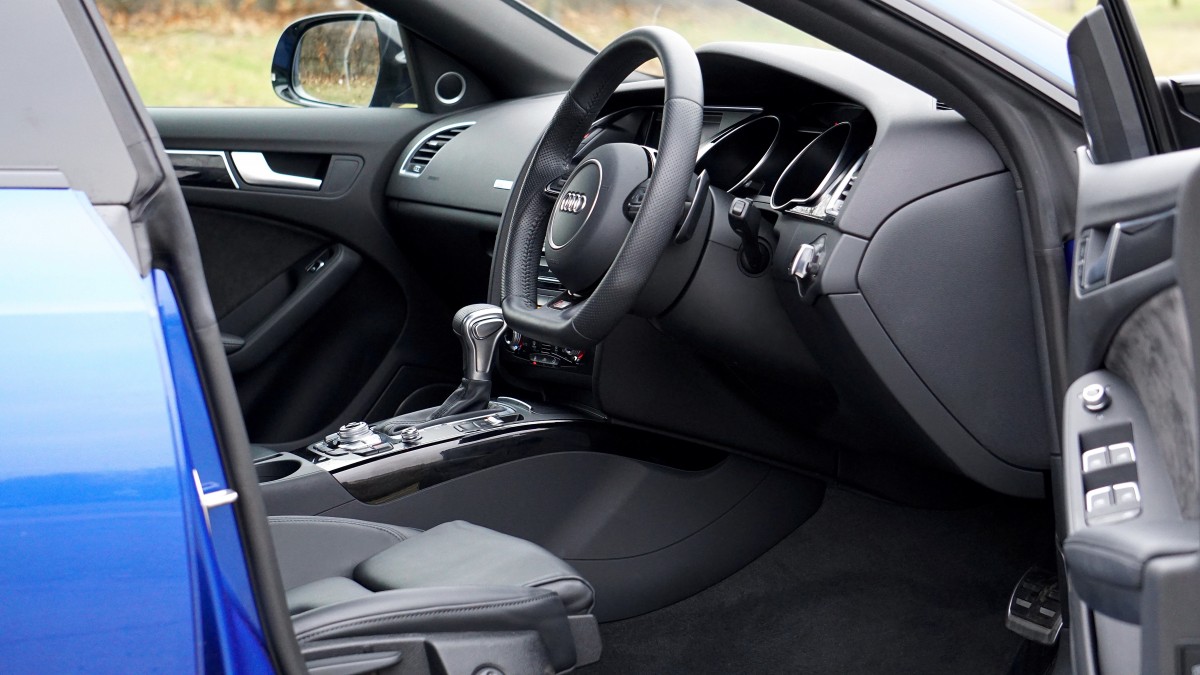 This engine is a class above the V6 turbo-diesel currently in the Q5 3.0TDI. The 2,967cc V6 uses twin-turbochargers connected in series via a flap. You can also check out the likes of Audi Q5 and the Audi Q7.

On the de-restricted Autobahn outside Munich, the SQ5 was simply stunning in the way it effortlessly breached 200kph, and it even had some reserve once we ran out of bravery at 240kph. Helping it along is the eight-speed torque-converter auto (a DSG can’t take extended assaults from this engine’s 66.2kgm of torque), with the especially long-legged eighth gear that allows fast cruising with minimum fuss. 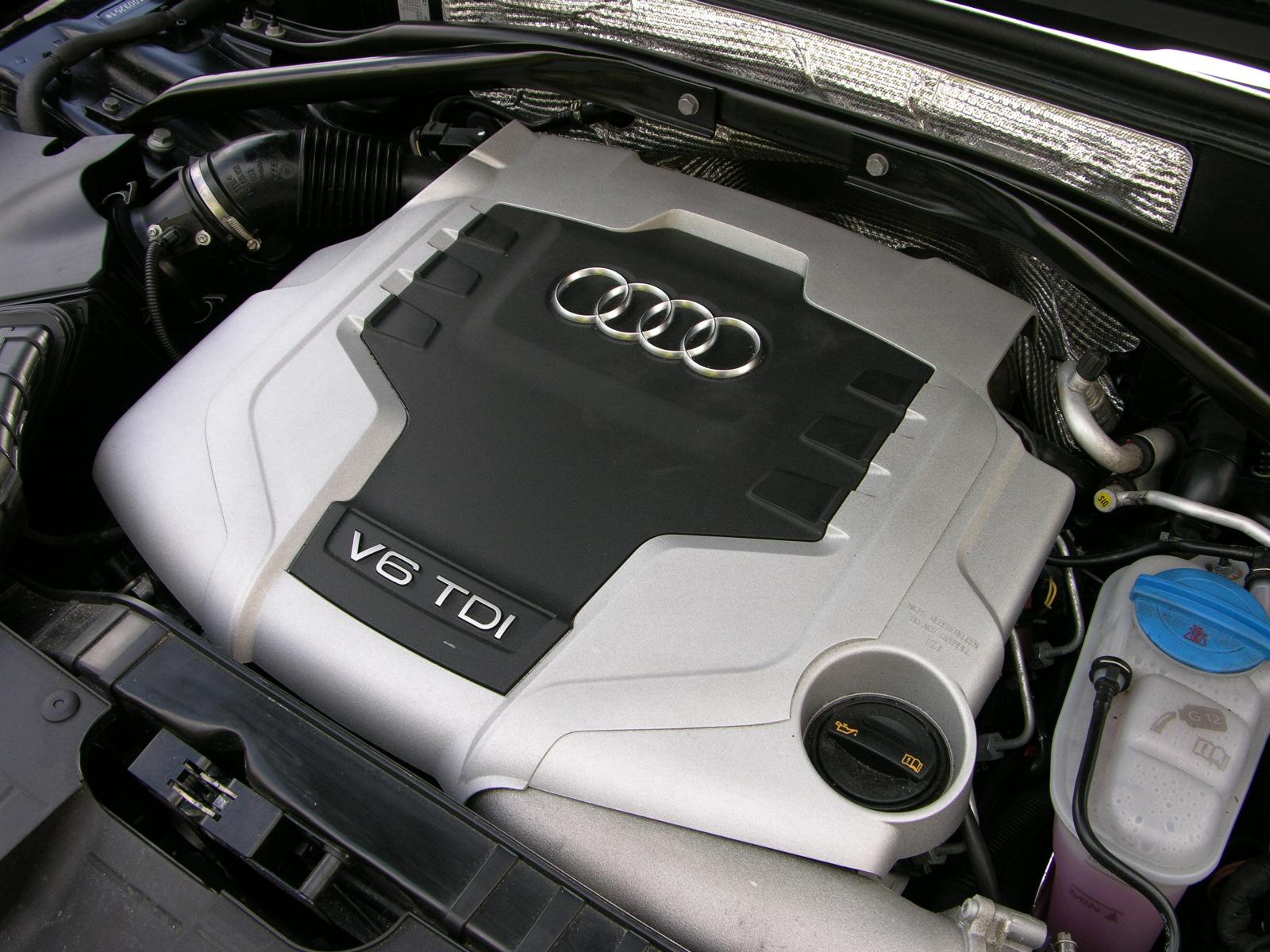 Credit is also due to the mildly massaged engine. This engine feels even smoother than the V6 turbo-diesel currently in the Q5 3.0TDI. The 2,967cc V6 uses twin-turbochargers connected in series via a flap. Also on the menu is the cylinder head cooling, the timing and lift of the intake cam shafts, the pistons, their oil-jet cooling and the piston pins that have been specially designed to take on the extra load. The common-rail system can run at a maximum pressure of 2,000 bar of pressure and injects as many as eight shots of fuel into the cylinders per cycle.
As for the way it drives, Audi’s chassis development team has taken 30mm out of the regular Q5’s ride height, stiffened its springs and anti-roll bars and specified new, stiffer fixed-rate dampers. The kinematics of the suspension – camber, castor and toe angles – haven’t been altered from the regular Q5.

So, while it remains impressively flat and unflustered through corners, it never feels as nimble as, say, a BMW X3. The steering is a bit of a disappointment as well – it lacks progressiveness in both feedback and consistency. The SQ5, as is with most Audis, is better at straight-line thrills than corner-carving precision. That said, its tremendous grip and body control combined with that ever willing engine and aural excitement will be enough to satisfy most.

Now, for the bits that are coming to India. Audi has given the Q5 a light mid-life facelift that will be on all Q5s sold in India towards the end of 2012. If you’re wondering what’s different, you need to get your magnifying glass and fine toothcomb out.

The changes lie with a grille that now takes Audi’s new hexagonal shape and its detailing that differ depending on what engine is under the hood. The headlights get new daytime running lamps, the bumper is new and the fog lights have chrome ring surrounds. At the rear, the tail-lamps get different LEDs and there’s a new rear diffuser.

Since its launch in 2009, the Q5 has always lived in the shadow of its big brother, the Q7. So the mild facelift and tweaks will give it a tiny but much needed shot in the arm. But we can’t help think it needs a bit more excitement. So come on Audi, maybe the time is ripe for the SQ5.

Audi TT too joins the new Audi brigade and is now officially the cheapest sports coupé in India. Just with the Rs 50 lakh price tag, you get a mammoth 208bhp all-wheel-drive grip and yet is nothing short of all your expectations from a sports coupé.

The new Audi TT is a whooping Rs 15 lakh cheaper than the next two-door coupe. However, the discount does have a drawback. The TT 2.0-litre runs on just four cylinders compared to no less than six in the Z4, SLK and 370Z. This means a drop down of 100bhp to them as a result. On the inside thought The TT is still rich with seats that are low-slung and a beautiful dash. The interiors come in a comb of red and black with triple air-con vents are angled towards the driver. The dials get their share of beauty and the flat-bottomed steering wheel is ideally placed.

The audio system is a bit of a disappointment with the red dot-matrix display looking out of sorts. Space for the front passengers is at large and gives you good all-round visibility. The rear seats, though, are rather cramped and even people of average height will have to sit hunched. But fold the rear seats and you get a very useful 700 litres of boot space, making the TT a rather practical two-seater for touring. 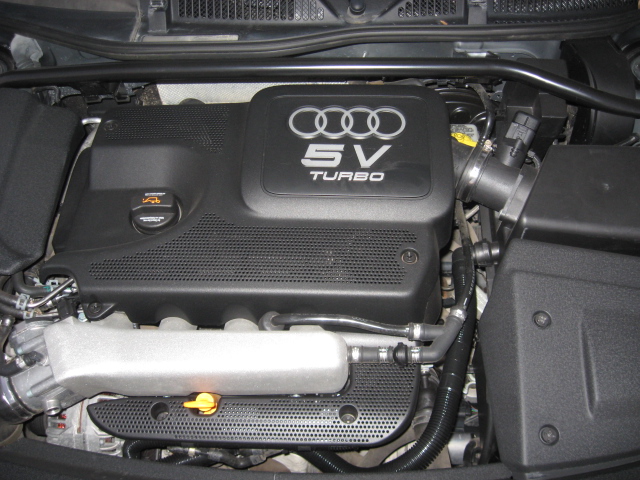 The 2.0-litre, direct-injection turbo-petrol motor is ever ready and raring to go. With a peak torque of 35.7kgm at just 1600rpm it goes onto 4200rpm. The engine pulls cleanly from low revs, the midrange is particularly strong and there is decent shove all the way to the hilt at the 6200rpm redline. The six-speed DSG auto matches up well and is responsive to paddleshift inputs.

It hits the 100kph in 6.49sec and the stiff chassis and a stiff suspension setup ensure that you are in control. However this kind of set up gets ruffled even at the slightest bumps on the desi terrain. On the whole the Audi TT has got the style, speed and the fun element expected of a sports coupé. You can also check out the likes of Audi Q5, BMW 5 Series and Mercedes Benz E Class.

Audi A6 looks to hit the top rank spot with its deadly looks and drive. The Audi A6 takes off from where the Audi A4 and A8L stop. Though it looks a bit generic, the Audi A6 has all the right design cues. 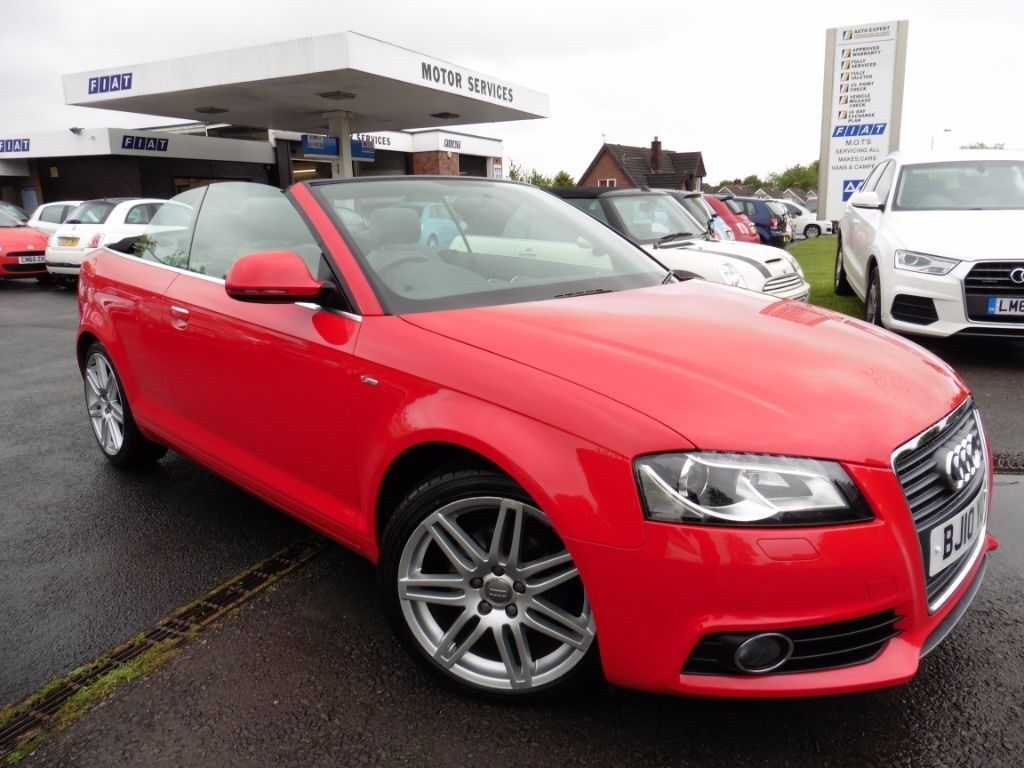 The facial looks include LED headlamps, tightly cropped grille and large inlets, elongated tail-lights and the spoiler with a boot that sweeps over. The wheels now have a longer base with a wider frame but the length is a bit less. The new Audi A6 is also lighter by 80kg than the outgoing one, which needless to say gives it a better performance, handling and even a better fuel efficiency.

Even the long legged souls will feel at ease with the interiors with acres of space for the driver. The adjustable seat and steering wheel with a high visibility even on the reverse always keeps you relaxed. The seat might not be as large to your liking. 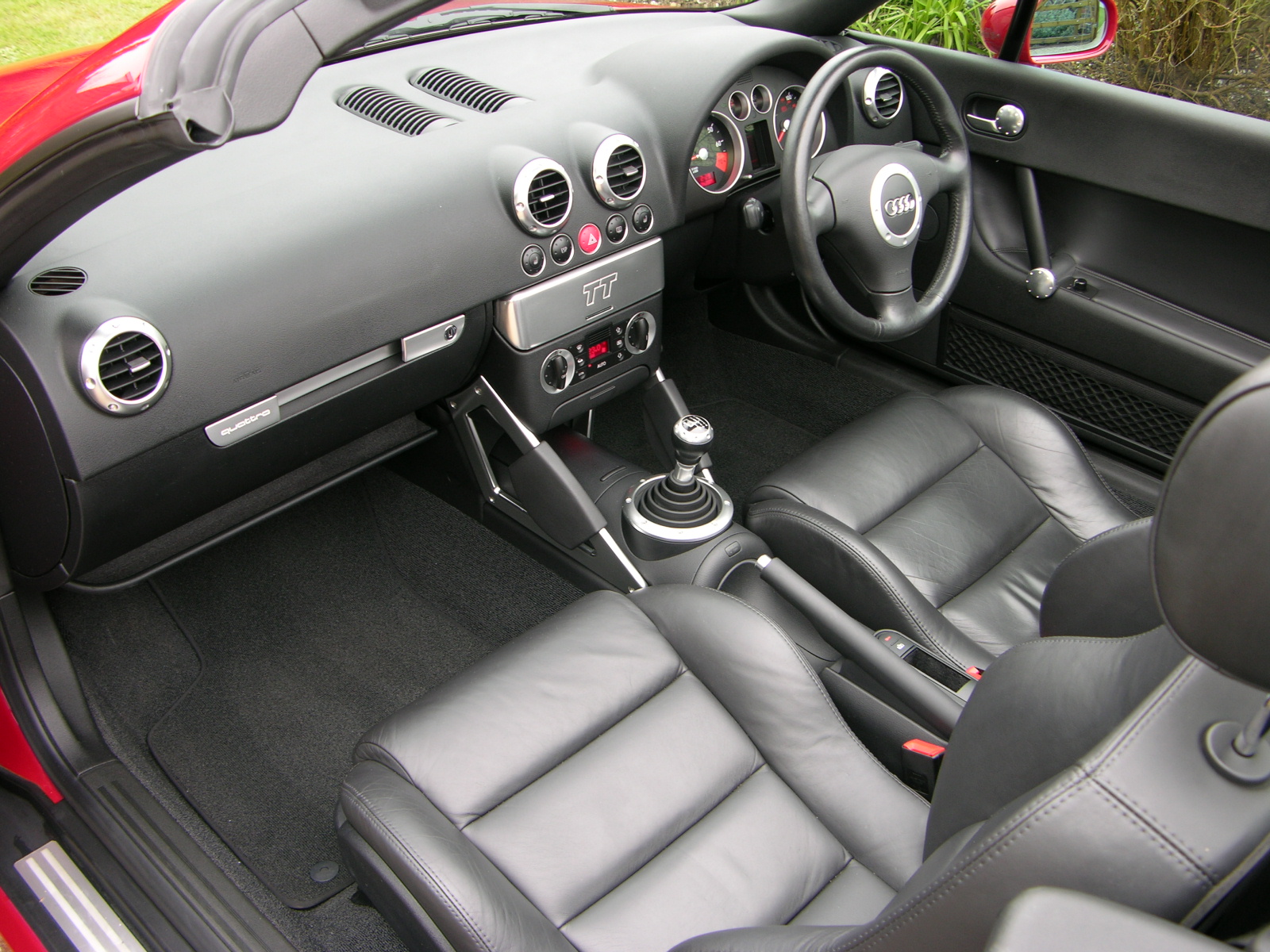 Though the rear seat has loads of legroom and decent headroom too, it is set a touch too low and this adversely impacts under-thigh support. It’s comfy enough at the back but we feel the rear seat could have been slightly larger and offered more support.

The Audi A6 comes with a new-generation 3.0 TDI that makes an impressive 51kgm of torque from just 1400rpm. The A6 needs one litre of diesel to travel 9.3km in city traffic conditions, and efficiency on the highway was 14.3kpl which is impressive.

The Audi A6 is for the fun and the frivolous. However on the flipside it has a lot of under steer to deal with when pushed hard but the biggest party pooper is the steering which feels numb and devoid of feel, even in ‘Dynamic’ mode. As a result, it’s not a very engaging drive and the brakes feel mushy too.

On the whole the Audi A6 is a big leap from its predecessors. It has all the ingredients of a luxury car with a diesel motor and yet delivers a comfortable ride. On the ride you might not be engaged but on the whole you cannot ignore the overall package it brings with it. You can also check out the likes of BMW 5 Series and the Mercedes Benz E Class.